Some days ago, I was at a customer site, to assist for a controlled power down and power up of a VMware vSphere Cluster. The shared storage in this cluster is presented by the VMware Storage Appliance, aka VMware VSA.

The whole process went very smoothly, except for the Red Alert appeared on the VMs that are running on the VSA Datastores, after power on. 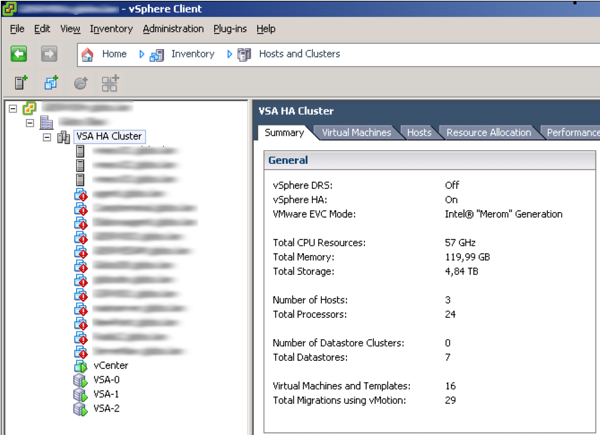 I went to the Alarm panel, after selecting one of the VM with the red mark, but to my surprise, under “triggered alarms”, there was nothing! It was empty! :O 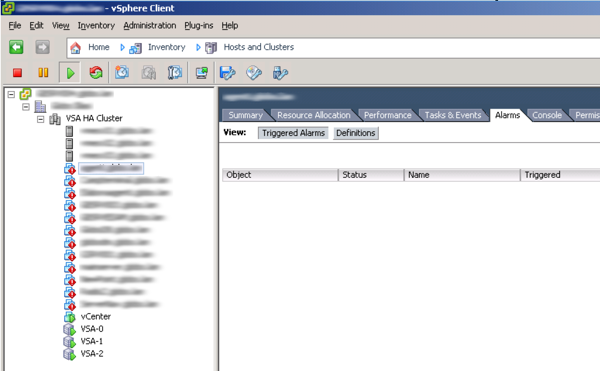 As you can see the alert is only for VM running on the VSA datastores. This behavior is due to the fact that the VSA Datastore are offline when the hosts power on.

The only way to remove this red mark is to perform a vMotion of the VM to another host in the cluster. 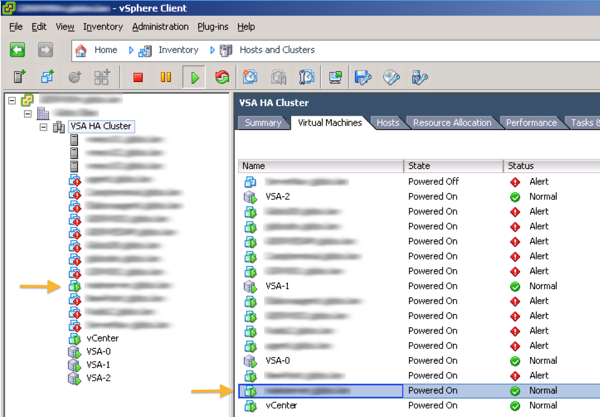 At this time there isn’t any other way to remove this alert.

I'm currently working as a Solution Architect, Sr. System Engineer, Virtualization Specialist at RTC S.p.A. where I'm mainly focused in the design, implementation and support of the virtual infrastructures. My skills include storage, backup, disaster recovery, network and firewall.